BREAKING: Governor Steve Sisolak cancels school for all CCSD students The decision was made amid increasing worry over the COVID-19 pandemic 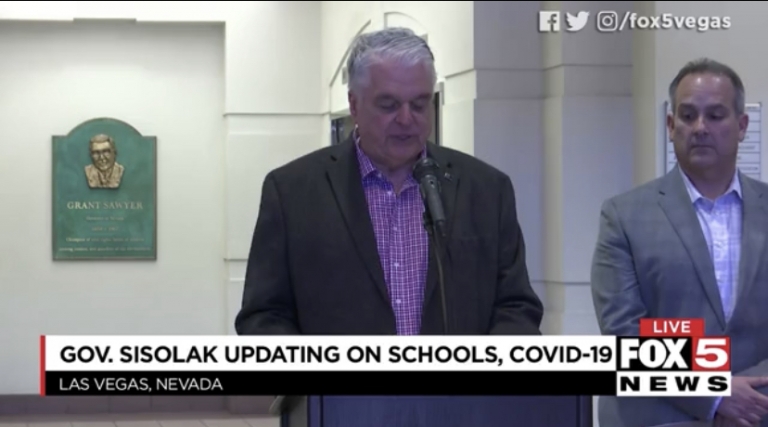 Due to COVID-19, Governor Steve Sisolak is issuing all Nevada schools close. Students will be able to return April 13.

Citing the public health risk posed by the COVID-19 pandemic, Governor Steve Sisolak has closed all schools in the state until at least April 6. Sisolak announced at 3 p.m. that all Nevada schools, including charter and private, would be closed effective Monday.

Joined by Superintendent Jesus Jara, Sisolak explained that in the last 48 hours details had changed after Jara sent an update Saturday stating that school would still be in session on Monday.

“We are tougher than any other state,” Sisolak said. “And we will get through this together.”

Due to spring break, schools will be back in session on April 13.

More details are expected to be shared at 6 p.m. at a secondary presentation.