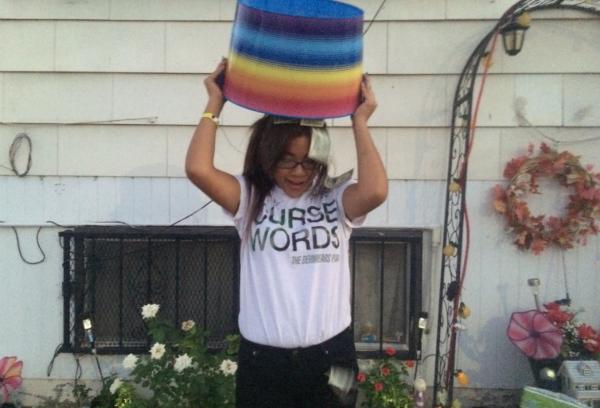 Bringing forth attention to the life threatening disease, most known as Lou Gehrig's disease, helps support in finding a cure. However, donating as much money as possible supports the cause more positively.

Videos of pocket sized pooches running playfully in their sleep are not the only videos that are flooding Facebook feeds and Instagram profiles. Logging on to your profile has displayed countless hours of your friends and famous stars recording themselves pouring a bucket filled with ice and freezing cold water over their heads after “nominating” friends of theirs to continue the cycle known as the ALS Ice Bucket Challenge.

Those nominated are given 24 hours to complete the challenge of enduring the cold temperatures, or they are to donate $100 to help fund research towards finding a cure for Amyotrophic Lateral Sclerosis, also known as Lou Gehrig’s disease.

The constant postings of the videos can get pretty tiresome and repetitive for viewers, but at the end of the day, that is what the creator of the campaign aimed for.

Some feel that the ice bucket challenge has no effect in finding a cure to this deadly disease that has consumed 30,000 Americans’ health, annually. Claims are made that say the challenge is solely for entertainment purposes and to show that those chosen can take on any challenge presented. However, the whole point of these continuous videos that are all too similar are to raise awareness for the disease.

[vision_pullquote style=”3″ align=””] “The whole point of throwing buckets of ice on yourself is to raise awareness for the disease.” [/vision_pullquote]

At this time last year, did many people know the effects and symptoms of ALS prior? Ever since the challenge went viral in mid-July, the knowledge of the disease has become as popular as the knowledge of cancer.

It is like a cycle: seeing people post videos pouring ice water on themselves raises questions amongst the viewers, the viewers will see the hashtag “#ALSicebucketchallenge,” they search what ALS is and find out the urgency to cure the disease, gain further knowledge, and partake in said challenge if nominated with this whole process repeated.

The organization in charge of finding a cure has received almost 50 times the donations they received last year with a current standing of $1.35 million since the trend of videos started. These funds have not only been donated by those who would rather donate than accept the challenge, but also those who discover the truth of the life-threatening illness. It is clear that the main objective of the videos to spread awareness of the disease has been achieved with the help of social media outlets.

Half of the news that we hear is no longer discovered through a newspaper or news website, but rather social media. Social media has become such a popular medium that keeps us up to date on not only what’s going on with our Aunt Norma who lives in Indiana, but also what goes on around the world. What people may see as annoying with these videos have just not seen the positivity that has been brought on. The constant awareness with these videos that are posted on Facebook, Twitter and Instagram are what has brought this organization one step closer to a cure.

Keep on pouring and keep on donating because in the end, it all helps make a difference.

“My favorite memory from when I was younger woul