EDITORIAL: A spotlight shines on diversity Revolutionizing the center stage 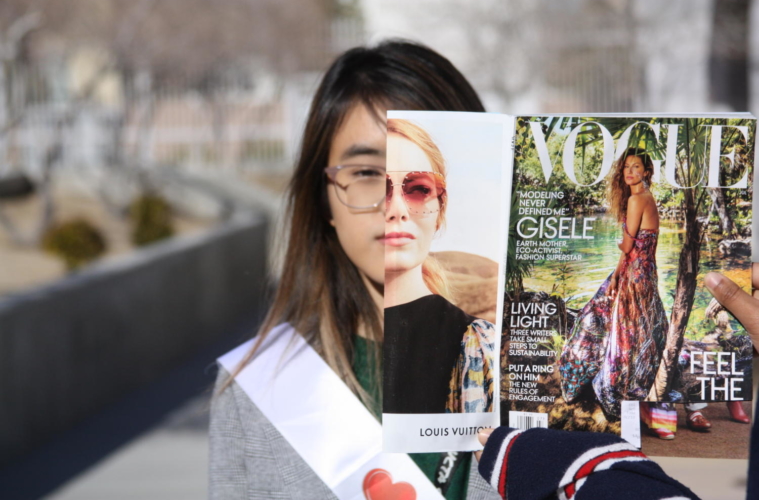 While the increase of representation can be appreciated, it is difficult to applaud the growth without noticing the various aspects that still need to be improved. Photo Credit: Kyle Bayudan

While we believe Vanity Fair’s issue has brought attention towards one of the largest problems in Hollywood, there is still more work to be done. Actors and actresses are still being cast for roles that are not representative of their race, which in return leaves minorities feeling isolated without representation of people like them. While including this much diversity on a magazine cover is definitely inclusive and glamorous, we still need actual representation in films.

In 2017, for example, Scarlett Johansson was cast as a Japanese character named Major in “Ghost in the Shell.” Within the same year, Netflix released a live-action series of the anime “Death Note” with a predominantly white cast. In “Stonewall,” a white-cis protagonist represents the story of the Stonewall riots, even though it was mostly black transgender women who experienced the violence of the late 1960’s.

Think about what we see in our school hallways–there are all kinds of skin colors in just one small place. There is not a single classroom that doesn’t include different races, beliefs or sexualities in it. If we can pin-point this much diversity at our own school, it shouldn’t be a problem to see the same palette in our films and TV shows.

And although Hollywood films have increased diversity, the ultimate goal is for representation to become a common occurrence instead of seeming out of the ordinary. Since “Black Panther,” “Us” and “To all the Boys I’ve Loved Before” have people of color claiming lead roles, it is evident that a change is being made–but it does not mean the issue itself has been resolved just yet.

Look around a mall or just our neighborhoods–it is made up of people with different faces, skin colors and backgrounds. This is what we should be seeing in Hollywood most of the time, not just sometimes. If Vanity Fair’s magazine cover helps everyone in Hollywood see the other end of the tunnel, then that’s when we can say a difference has been made. Let’s not leave color to the costumes that actors and actresses wear, but instead allow it to be displayed on the characters themselves.