EDITORIAL: When it comes, to COVID-19, poverty is a pre-existing condition Poorest neighborhoods in North Clark County hit hardest by coronavirus 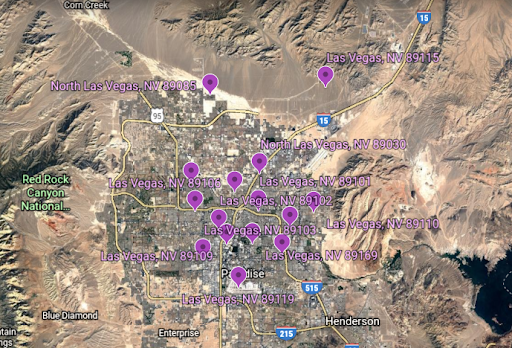 With COVID-19 continuing to wreak havoc upon a nation in distress, one common trend persists in metropolitan area after metropolitan area—communities with the highest propensities of poverty are also the ones hurt the most by the spread of COVID-19. Clark County is no exception to this rule, poorer zip codes are experiencing more cases than wealthy ones, although the trend is less clear in Vegas than it is in cities like New York.

This pandemic has revealed the moral and practical necessity of ensuring more governmental support for working-class families. While it’s urgent for us to ramp up testing to return anywhere near normalcy, once we reach there it is also critical to ameliorate inequities in our society that have made this pandemic worse.

The coronavirus’ statistically larger impact on poorer people is due to a myriad of structural factors. For one, low-income people in Vegas are likelier to have service jobs, predominantly in the hospitality industry, that have increased opportunities for physical contact than other career paths. This sort of “occupational segregation” makes lower-class workers far more unguarded against the virus than wealthier, white-collar workers.

Secondly, financially disadvantaged individuals are likely to have pre-existing conditions that make them more prone to hospitalizations from the virus. For example, due to the relative inexpensiveness of unhealthy foods compared to healthier alternatives, poor people are much likelier to be obese than wealthy people. Income is also a strong predictor of heart disease, diabetes and a slew of other respiratory and circulatory ailments. The disparities in health outcomes between different income brackets has been a subject of much investigation and debate, but the coronavirus has allowed us to see just how enormous those differences are. And if we don’t tackle these inequalities as fiercely and aggressively as we do the pandemic itself, we’re doing a disservice to the victims of the virus.

To start, simply providing more economic support to low-income and working class Americans can serve to ensure they’re less vulnerable to illness. The US has one of the highest poverty and inequality rates in the developed world, and that’s largely due to our lackluster welfare state. Without government programs as robust as our European counterparts, we are going to have a population of the country that is uniquely at-risk during every major crisis, including global pandemics.

This is especially true for children and teenagers—the child poverty rate in the US is embarrassingly high compared to our European and Asian allies partially due to our lack of a universal child allowance—a check the United States hands out to families with children every year using public money. One study estimated that such a policy would decrease young-child poverty in the United States by 38%. While young people aren’t uniquely vulnerable to the coronavirus, their parents and grandparents very well may be, so increasing their economic standing decreases the risk for everyone.

We must also tackle the root cause behind Americans’ poor health—our diets. The US federal government currently subsidizes ethanol and corn oil, which makes fatty and unhealthy foods cheaper. The optimal policy choice here would be to eliminate these subsidies for tax credits for healthier foods, like vegetables and lean meat. A study from the United Kingdom found that such a “health subsidy” would reduce the nation’s overweight population from 52% to 13%.

These policies aren’t just desirable because they would improve the lives of millions of people, although that certainly shouldn’t be discounted. They’re desirable because policies conducive to a healthy and well population decrease the amount of damage diseases like the coronavirus can do. In other words, the fewer people with illnesses, the better.